Posted at 07:54h in Uncategorized by visaris 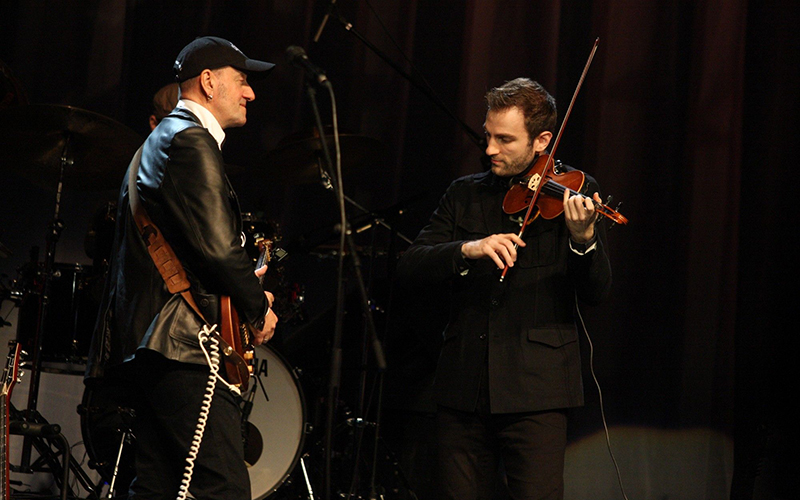 BELGRADE, 11 November 2010. Visaris is a sponsor of an exceptional concert of two famous musicians, guitarist Vlatko Stefanovski and violinist Stefan Milenkovic. The concert is scheduled for 22 December in Sava Centre, and it certainly promises an exceptional music experience. The common ground of these two famous musicians is in fusion of classical music and the sounds of the Balkans, and, as they point out, their cooperation is a challenge for both of them.

The concert of Vlatko Stefanovski and Stefan Milenkovic is announced as a collaboration of the decade probably because it was hardly imaginable. When Stefan Milenkovic was born, Vlatko Stefanovski was working on the first “Leb i Sol” album. In the meantime, his mix of jazz, rock and Macedonian folklore became globally recognized and he is nowadays known as one of the best Balkan guitarists, while Milenkovic grew up from the wonder-child into a world-renowned violinist and professor at a prestigious American university.

Milenkovic, on the other hand, admits that he personally rarely listens to classical music in his free time.