Posted at 16:06h in Uncategorized by visaris BELGRADE 29 March. During March, research cooperation between the National Museum of Serbia and Visaris kicked off. An expert x-ray recording of a group of archaeological objects from the sixth millennium BC, unearthed on the territory of Serbia, was realized. The group of objects recorded at Visaris belongs to the Museum Collection from Odžak, with whom a research agreement was entered to conduct this research. 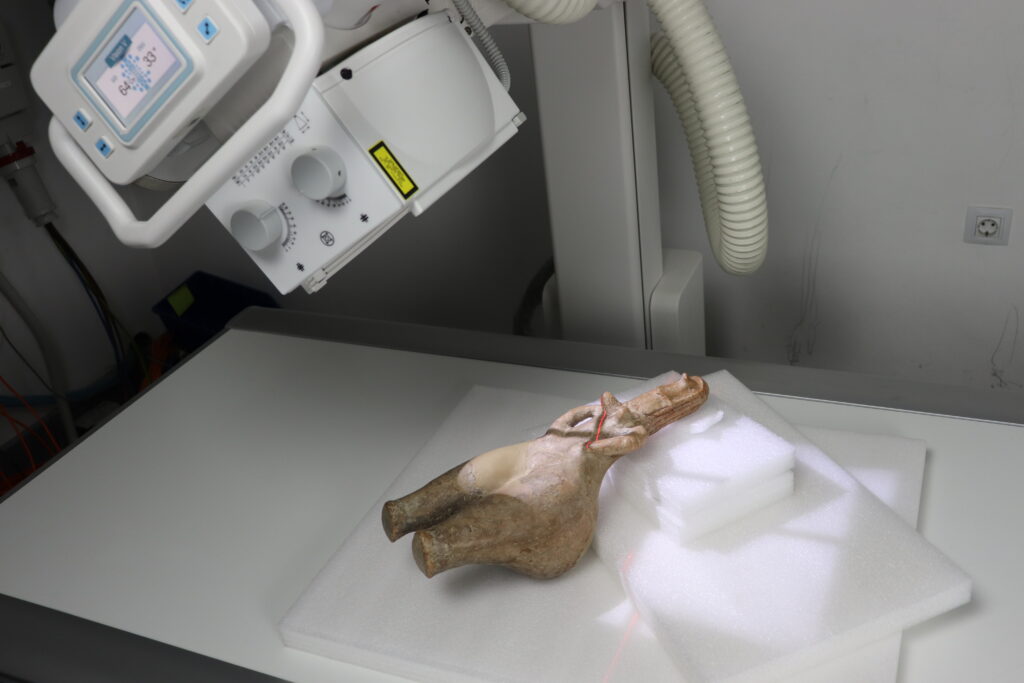 To the great satisfaction of both parties, it was agreed that this study will form the start of much more intensive cooperation with museum institutions such as the Belgrade National Museum, which inherits and preserves invaluable collections of artistic and archaeological treasures from Serbia’s cultural history. The advantages provided by the non-destructive X-ray technique will be optimally used in the examination and protection of these national treasures. When it comes to special conditions and treatment of figurines, it was necessary to manipulate them very carefully during these recordings in order to prevent any damage or permanent changes in the colour, texture and structure of the material from which they are made. The archaeological project “Donja Branjevina – the beginnings of the life of prehistoric farmers in the Serbian Danube region”, which is jointly implemented by the Provincial Institute for the Protection of Cultural Monuments Petrovaradin and the National Museum of Serbia since 2020, aims to study an important period in Europe – the early Neolithic. It is about the time of 6200-5400 years before the new era, the era when the Balkans are inhabited by people from Anatolia and the Eastern Mediterranean and establish a completely new concept – sustainable living in one place (first villages) and systematic food production (first livestock, fields and cereals). By applying modern technologies in field and laboratory testing, today questions are asked and scientific answers are formulated about important details of the life of these ancient peoples, questions to which it was impossible to give more precise answers only twenty years ago.

One such issue concerns the technology of making idols and figurines from baked clay, often found in archaeological excavations. Some of them, such as the Red-haired Goddess from Donja Branjevina near Odžak (southwestern Bačka), especially attract the attention of experts who study Neolithic pottery, due to the possible complexity of the processes employed in its production and firing. In order to examine how many parts and how this figurine was modelled, but also many others, without damaging the objects themselves by taking samples, archaeologists sought the help of X-ray specialists. With great enthusiasm,  experts from the research and development sector of Visaris, a total of 15 Neolithic figurines from Donja Branjevina were imaged. Raw results, detailed X-ray images, will be carefully analysed by Harriet Cliffen, a colleague from the University of Liverpool. The analysis of these images will reveal details hidden below the surface and see what is invisible at first glance. In this way, the study will provide previously unknown data on the ceramic production techniques of these idols and figurines. Along with the expert analysis of the figurines of Andrej Starović from the National Museum of Serbia, it will form the basis for further interpretation. The digital aspect of this and all other research on this project is analyzed by Nenad Jončić from the University of Cyprus in Limassol. It is expected that we will get clear and scientifically confirmed knowledge about the skills and technology of making these items. In the archaeological practice of our country, especially when it comes to prehistory, there are rare examples of this type of focused research. As a pilot study, the National Museum organized the examination of the famous figure of the Red-haired Goddess in 2021, and preliminary results reveal that this type of study can provide invaluable data to researchers and experts. 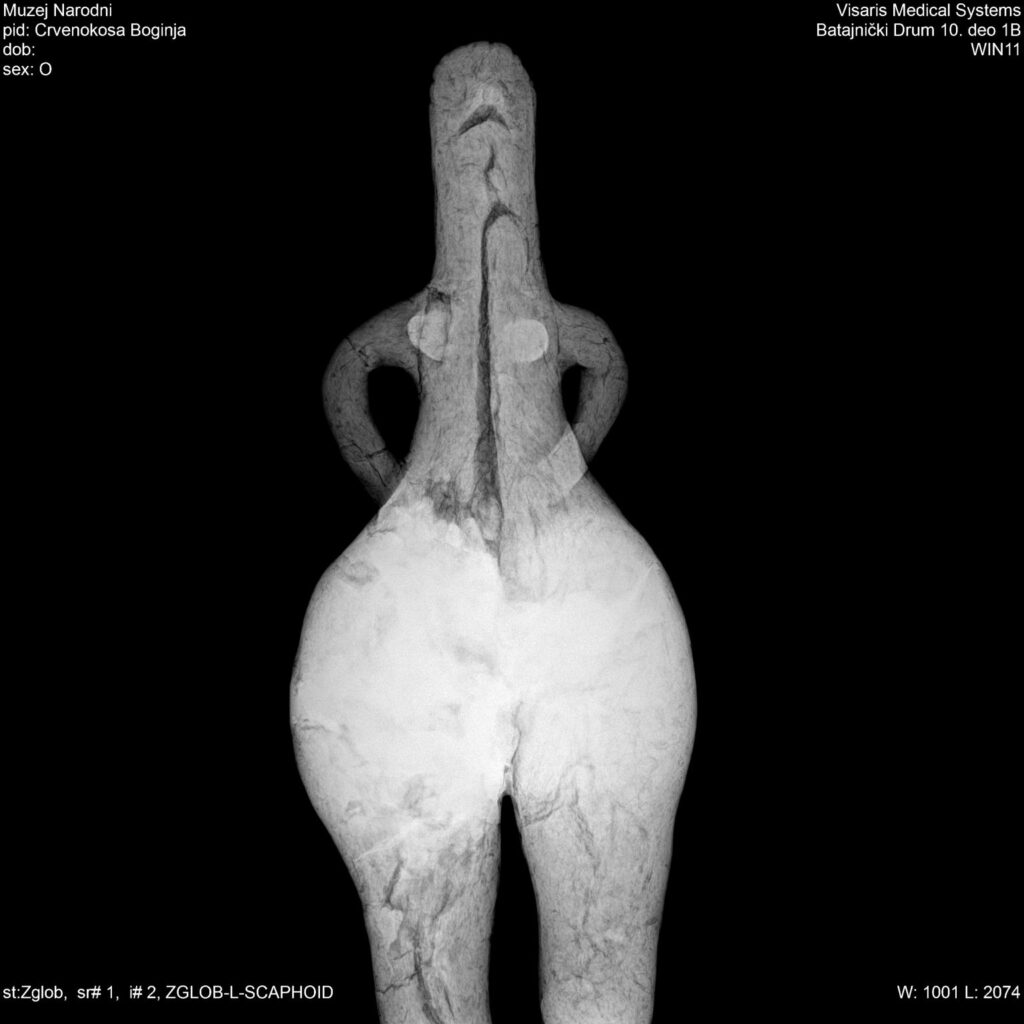