Posted at 10:15h in Uncategorized by visaris

BELGRADE, 03. March 2021. We are all one. People are interconnected by invisible forces. A new world must be born. A global story about Peace through Understanding.

Through stories of prominent Serbs, apart from Nikola Tesla and Michael Pupin, you will meet three-time Pulitzer Prize winner Walt Bogdanich, Gordana Vunjak Novakovic, the only woman from Serbia at the New York Academy of Science, Serbian engineers who created the Apollo program, legendary Academy Award winners Karl Malden, Steve Tesic, Piter Bogdanovich and many more whose names are woven into history. You will hear the story of the first Serb in America, Djordje Sagic a.k.a. George Fisher, who took up that name after the fishermen who had saved him, and who is found in Livingstone’s „1000 Prominent Americans“, but also some interesting facts, like the one about GI Joe action figure being modelled after Serbian hero Mihajlo Pejic.

This feature documentary, coproduced by Optimistic Film and the Radio Television of Serbia, was filmed at the initiative of the Tesla Science Foundation and supported by the Ministry of Culture and Information of the Republic of Serbia, the Council of the Creative Industries of Prime Minister of Serbia Ana Brnabic, Serbian Film Center, Go4Yu, Serb National Federation, sponsors: Visaris.

More than 70 prominent Serbs who made their marks in the United States of America by their work and accomplishments appear in the film. Film duration 83 min.

Hillman Library at the University of Pittsburgh- PA, USA,

The National Library of Russia in St. Petersburg,

The National Library of France, Paris.

[1] Zeljko Mirkovic –director, producer and professor of film and digital media in the USA. The owner of Optimistic Film production since 2007. Graduated from the Academy of Arts in Belgrade, master’s degree in media at Bournemouth University Media School, the UK. Currently finishing PhD studies at FMK in Belgrade, Serbia. Won 59 international awards for his films, also his documentary The Second Meeting was an official candidate for the Academy Award for feature documentary in 2014.His other documentaries include The Promise, Svetislav Pesic – More Than a Coach, Lajko Felix – In Search for Myself, A Long Journey Through History, I’ll Marry the Whole Village, The 21st Second, Muharem – Music, the Eyes of Life… He worked as a professor of film and digital media in the USA. 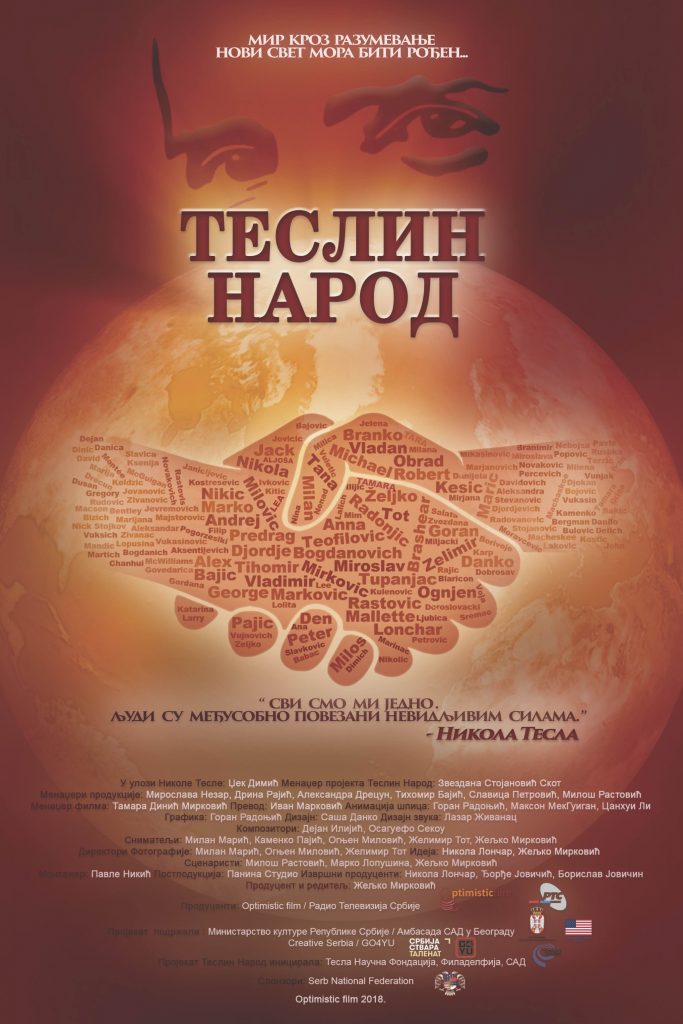